ONE GIANT SHIFT FORWARDIntroducing SM8. The Height of Innovation. Great wedge play comes from distance control, shot versatility and spin. Bob Vokey and team have designed the SM8 wedges to improve in all three areas.IMPROVED DISTANCE & TRAJECTORY CONTROLIntroduced in SM6, refined in SM7, and reimagined in SM8. The center of gravity (CG) has been pushed forward, which produces higher MOI. For golfers, this means improved feel and a club face that simply wants to square at impact.SM8 GRINDS: THE HEART AND “SOLE” OF VERSATILITYYour swing is unique and requires a unique wedge. Master Craftsman Bob Vokey has spent years crafting, developing, and improving his Tour-proven sole grinds to fit players of all levels.MAXIMUM SPIN - ULTIMATE CONTROLSM8 grooves are cut to the edge to maximize spin and shot control. Each groove on every head is 100% inspected for conformity, and a localized heat treatment is applied to the impact area to double the durability of the groove.


SM8 features a reimagined progressive center of gravity, which produces the most accurate and forgiving Vokey wedge yet. Using tungsten weights and varied hosel lengths, the Vokey R&D team has moved the CG outside of the wedge head and placed it in front of the face, resulting in increased MOI and exceptional feel.

For the golfer, this means optimized ball flight and a club face that simply wants to square up at impact. SM8 accomplishes all of this while preserving the classic Vokey head shape players demand. 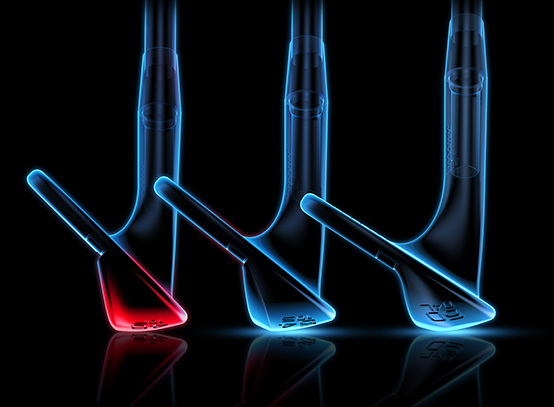 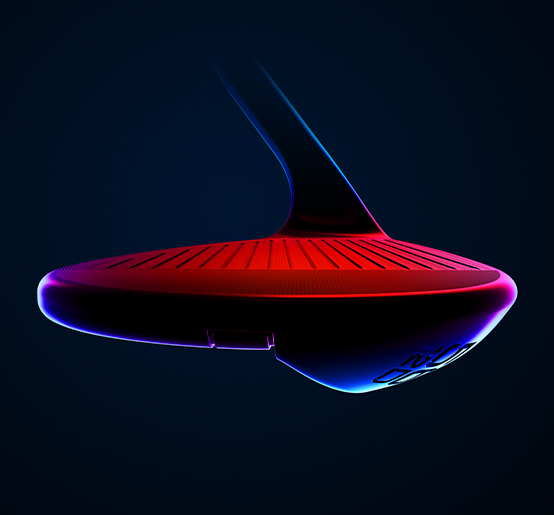 
SM8 wedge grooves are meticulously engineered through a proprietary Spin Milled process to maximize spin and durability. The process starts by cutting the face perfectly flat with a high speed saw. Then every groove is individually cut based on loft and finish; low lofts (46°-54°) are designed with narrower, deeper grooves, while higher lofts (56°-62°) have wider, shallower grooves.

Micro-grooves are individually cut in between grooves, which maximize spin on partial shots. A proprietary heat treatment is applied to the impact area which doubles the durability of the groove without impacting feel making it the most durable groove in golf. The process is only complete when every groove on every wedge head is 100% inspected for conformity to the rules of golf.

The F grind is an all-purpose grind that is particularly suited for full shots and shots hit with a square face. Ideal for players who prefer a traditional wedge sole. The F grind is the most played sand wedge on Tour including Justin Thomas, Ian Poulter and Charlie Hoffman.

The M Grind, Voke’s favorite, is designed for players that like to rotate the club face open and closed to manufacture shots around the green. Ideal for players with a shallower, more sweeping swing type who play shots from a variety of clubface positions. Played by Charles Howell III, Patrick Cantlay and Cam Smith.

The S Grind features a full sole that has been narrowed by a trailing edge grind, giving it a faster feel through the turf. The S Grind is best for neutral to firm conditions and for players that like to control loft with their hands ahead or behind the ball. Played by Jordan Spieth, Adam Scott and Lanto Griffin.

The D grind blends versatility from a heel, toe, and trailing edge grind and forgiveness with its high measured bounce. The D Grind is ideal for players with a steeper angle of attack who play shots from a variety of clubface positions.

The K Grind is the highest bounce wedge in the lineup, and is the ultimate bunker club. The K Grind is a wide, full sole wedge with enhanced camber to make it forgiving from a variety of sand and turf conditions. Played by Justin Thomas, Adam Scott and Webb Simpson.

The L Grind is the lowest bounce grind option in the mix. The heel, toe, and trailing edge relief allow for maximum greenside versatility. The L Grind is perfect for firm conditions and designed for precise players. It is ideal for players that have complete control of impact looking for maximum shot-making versatility. Played by Jimmy Walker, and JT Poston.